Lots of people are pretty sure that Clinton has no chance of winning the nomination, let alone the presidency. The logic goes, that she won’t be able to get enough delegates or even the popular vote.

But she has proven again, and again, that she cares more about herself (and the idea of it being her turn to be president) than the country or the Democratic party. The warnings are already in her words:

…the American people don’t quit, and they deserve a president who doesn’t quit either.

I don’t want to scare you, but you read it here 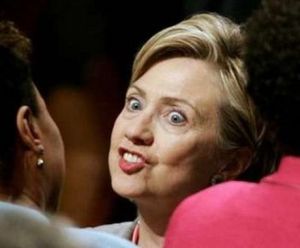 first. If Clinton doesn’t get the nomination (and it’s likely she won’t), I think there’s a distinct possibility that she’ll strike out on her own as an independent.

Of course, that would destroy the Democratic party, not to mention the country because McCain would have a cakewalk to the oval office, and the rest of us can just get on the bread gas-line.

… waiting for the sun.